Stucken GmbH & Co. KG
In 1863, the family company A. Stucken & Co. which was founded in 1841, began trading in overseas wool and, over time, continued to build up this new activity. At the time a focus of this business was it strong trading relationship with imperial Russia and in the nineteenth century the business still re-located there and developed into one of the largest wool traders and processors in that country. After the Russian Revolution the family was disenfranchised and soon thereafter continued their wool trading business in Bremen. In 1925 the company H. Stucken & Co was founded and is still operational today.

After the second world war (during which time the business was destroyed on several occasions), Rudolf Stucken rebuilt the company and in 1950 he emigrated to Port Elizabeth, South Africa with his family to establish the wool trading firm Stucken & Co. (Click here to find more information about the Stucken Group in South Africa today).

Since then the Bremen business has been managed by family relations and business partners and in contrast to most German wool trading companies has been able to survive the crisis in the textile industry in recent years – not least because of its timely transition to a larger and more diversified product range.

In 2013 the Stucken Group celebrated its 150th Anniversary in Bremen.
The festivities provided an ideal opportunity for longstanding customers, agents, friends and family to come together to celebrate a unique milestone. 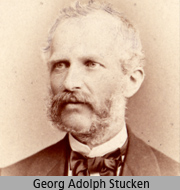 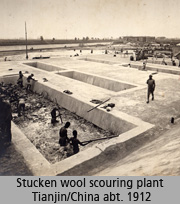